Peter is a lawyer driven to achieve practical and beneficial outcomes for his clients.

In 2008 Peter moved from Newcastle and in the intervening years obtained a Bachelor of Arts (majoring in Psychology and International Studies) from Monash University in 2010, and Bachelor of Laws from Macquarie University in 2016. Peter was admitted to the Supreme Court of New South Wales in 2017.
Peter spent the foundational years of his legal practice along Sydney’s northern beaches, working broadly in the areas of estate planning, estate administration, business law and dispute resolution.

By 2020, Peter was drawn to return to Newcastle, in much the same manner that water always seeks its own level. He has joined Turnbull Hill Lawyers’ Contested Estates team, alongside Adrian Corbould (Accredited Specialist in Wills & Estates Law), Mary Windeyer, Liza Stewart and Imogen Sheriff.

When advocating for his clients Peter is mindful that “litigation is not a process for the faint hearted. It is a costly and time-consuming process and usually productive of stress, all of which, of their nature, have adverse effects upon those involved in the process. In some, if not most cases that come before the courts, it is a necessary evil.” [Beazley JA, Old v McInnes and Hodgkinson [2011] NSWCA 410 (22 December 2011) Para 6]

Whether representing the plaintiff or defendant in a litigated estate matter, Peter diligently strives to achieve workable, long-term, and ultimately beneficial outcomes for his clients.

Who Peter works with

Peter works with people who are compelled to request their share of an inheritance, and conversely, with people seeking to defend such requests.

Outside of Turnbull Hill Lawyers

Peter takes solace from spending time with his family and friends, getting grubby nails in the garden, and starting most days in the surf. 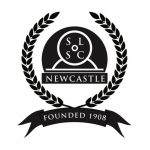 What Our Clients Say

I would like to thank you and the team at Turnbull Hill Lawyers for your professional manner and time and efforts in resolving this matter. We would not hesitate in recommending your company.