Why do people contest estates?

6 November 2020 | Written by Liza Stewart | Contesting a Will, Challenging a Will, Defending a Will, Family Provision Claims, Inheritance Disputes, Will Disputes, Case Studies
Get help now or 1300 124 524

Our contested estate clients come from all walks of life and involve a wide variety of family dynamics and family configurations.

In some cases, our clients have been excluded from a will or left an inadequate sum of money because they had fallen out with the deceased.

However, in some matters, our clients had great relationships with the deceased and they need to bring claims on the estate simply because the deceased failed to get his or her paperwork in order.

A case study – the consequences of failing to do paperwork

Our client’s foster father (“the deceased’), with whom our client had a close and loving father/daughter relationship from the time she was an infant, died without a will, and despite the fact the deceased had told our client that he wished for her to inherit his estate, our client was not going to receive anything.

In NSW, when someone dies without a valid will, the estate is distributed according to the laws of intestacy which sets out the order of who has priority to receive the estate. At the top of the intestacy list is a spouse.

The deceased had separated from his wife, our client’s foster mother, decades before his death. At that time, he reached an informal financial settlement with her, but they never got around to getting divorced.

This meant that our client’s foster mother, who the deceased (and our client) had long since ceased to have any contact with, was still regarded in the eyes of the law as the deceased’s wife, and she was entitled to receive the deceased’s estate.

However, the de facto partner claimed that they were still together when he died.

Under NSW law, a de facto partner at the time of death is also regarded as a spouse, and whilst the law does not allow you to have two spouses at the same time in life, it recognizes multiple spouses in death.

This meant that both the wife who had separated from the deceased decades before his death and his de facto, who claimed to still be together with him at the date of death, both claimed that they had the right to the whole of the deceased’s estate.

Our client contested this by bringing a claim for family provision from the estate.

Our client was not eligible to bring her claim as a child of the deceased because he had never formally adopted her but, as a foster child, she was still eligible to bring a claim under section 57(1)(e) of the Succession Act 2006 (NSW) because she could show that she was at some time dependent on the deceased and was a member of his household.

Our client was also able to show that she required provision from the estate because she had financial need.

In this matter, we were able to assist our client to reach a substantial settlement following mediation with the deceased’s wife and his alleged de facto at the time of death.

If you would like further information as to the process of contesting a will in NSW, please contact us. 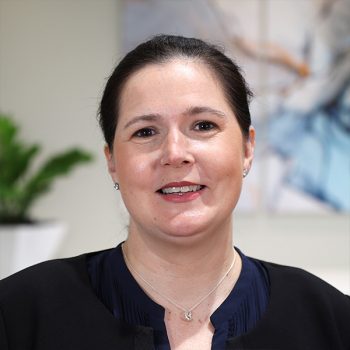